How Much Sleep Do I Need?

How Much Sleep Do I Need? 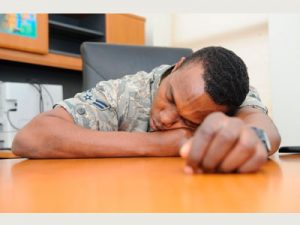 The question of how much sleep we actually need to get a good night’s sleep is one than can bring a variety of different answers depending on who you talk to. It is often the subject of many heated discussions, especially between parents and teenagers. Some people will tell you that they absolutely need to get at least 8 hours sleep a night if they want to be able to function the next day while others will claim that they are perfectly fine after just a few hours of shuteye.

How many hours of sleep do you need to wake up with energy?

Let us start by saying that every individual is different, and the amount of sleep that a person requires to wake up full of energy will vary not only from one person to another but also depending on other factors. These could include how much sleep they have had for the last couple of nights, how much exercise and fresh air they had, even any healthy sleep habits that they might have as part of their night-time routine.

How does your age impact how much sleep you need?

According to figures available from The Sleep Council, the average recommended amount of sleep that is needed will vary according to someone’s age. Healthy sleep habits are essential in ensuring that you fulfil these sleep requirements, but how much do you need for your age?

Babies up to the age of 12 months will, for example, require around 14-15 hours of sleep a day, and if you are very lucky, they will actually save some of this sleeping for during the night! From the age of 12 to 36 months, this will decrease to around 12-14 hours a day. It is often around three years of age that many children will drop one of their daytime naps and alter their daytime routine. Once a child starts at school, they will still need a good night’s sleep of between 10 to 12 hours of sleep. By the time they hit high school and the 12 -18-year age bracket, this amount will drop again, and they will usually only require between 8-9 hours of sleep. Adults up to the age of 65 require a little less sleep than this, at around 7-9 hours, and people over the age of 65 tend to sleep less. Some require as little as 7-8 hours of sleep a day; this can often be attributed to a change in lifestyle following retirement.

Does the amount of sleep you need changes as you age?

In theory, these figures may appear right but as we already said everyone has different sleep requirements and babies and small children, haven’t read the guidelines on sleep, so may not be doing what you expect. Some parents worry that their children sleep too much, others that they don’t get enough sleep. Babies require the most sleep, particularly in the first months of life. This is because their little bodies are working very hard to grow, and they are going through huge changes on an almost daily basis. A good night’s sleep is necessary to help promote these changes. Older people tend to sleep less for several reasons, the main one being that their activity levels are significantly reduced.

Do men and women need different amounts of sleep?

Age isn’t the only factor that has a role to play in how much sleep we need; there is a gender gap as well. Research carried out by SleepFoundation.org discovered that women need more sleep than men, something most women could probably have told them! The extra amount, however, may surprise you. On average, women need around 20 more minutes of sleep than men. The reason for this is that women tend to multi-task. This results in them using more of their brains which therefore requires more sleep as the brain needs longer to rest.

In theory, this is all very well, but many women simply do not get enough sleep at night, never mind more than men. There are several reasons for this, and men can only take part of the blame for a women’s lack of sleep!

If you are looking to get a better night’s sleep, then don’t despair! At Good Sleep Advisor, we have plenty of tips and advice to help you improve your sleep.